Hag is an anthology of stories responding to classic folk tales from the British Isles, penned by some of the most exciting women writing in Britain and Ireland today. Originally conceived as an Audible podcast, the book version from Virago Press also has two new stories as well as copies of the original tales on which they are based.

Daisy Johnson starts Hag off with a story that poses the question at the heart of any retelling: Is it mine to tell?

In ‘A Retelling’, she inserts herself as a character – a writer struggling to come up with a way to respond to the story of the Green Children of Woolpit. She meets a woman who seems to be the girl from the story, but the re-interpretation process leaves her feeling like she has stolen it. ‘Her silence is not organic and she had come back to grasp the story bodily from my hands.’ But she concludes finally that there is a deja vu about the whole encounter (‘this is not the first time I have been here’). She recognises the link between herself and the tales her ancestors told, and is quite literally buried underneath the earth of her home county.

The problem with approaching British folktales is that our knowledge of them is relatively poor. They are not a part of popular culture the way fairy stories from other countries have become, via the Brothers Grimm and, eventually, Disney. We know tales that originated in Germany and Italy but not, with a few exceptions, those associated with our own towns and villages.

So to rescue the stories from their ‘forgotten’ status, the writers have to bring something of their own, along with something familiar to us, to wrangle these tales into a form which is both understandable and relevant to modern audiences. They are also matched up with stories from their own region, encouraging both them and us to re-evaluate the places we think we know well.

Some familiar ground is trod here. Naomi Booth invents a character in ‘Sour Hall’ who is plagued not just by a boggart (a malevolent household spirit of English folklore well before JK Rowling’s Harry Potter franchise) but by her own past trauma, a theme that is also explored in her recent novel Exit Management.

Meanwhile Emma Glass’s ‘The Dampness Is Spreading’ approaches the tale of the fairy midwife by turning it into the story of an exhausted hospital worker haunted by grim thoughts, leaving us unsure what is real – much like her novel Rest and Be Thankful.

And Kirsty Logan is – perhaps by the choice of the project organisers and not her own – drawn to creatures of the sea once again in ‘Between Sea and Sky’.

That is not to say that these stories are by any means weaker or more predictable for having their authors’ hallmarks. In fact these three were my favourites of the collection, balancing as they did a contemporary update of the tale and the writer’s personal flourishes, while also maintaining a clear connection to the original.

Some of the other stories seem either to have little to say, beyond a rewrite of the source material, or so much to say that they barely resemble their inspiration. Perhaps the latter is no bad thing if it brings us a new and exciting story, but for the former to be worth including in the collection, there ought to be some kind of twist.

Mahsuda Snaith solves this neatly in ‘The Panther’s Tale’. She keeps all the bare bones of the original story, in which the Tudor courtier Sir John Giffard kills the panther from his menagerie of curious animals before it can attack a woman and child. But she transposes onto it the story of a woman who has been transformed into the panther, and in doing so mashes up traditional Indian storytelling with the Staffordshire legend. She also gives a voice to the nameless woman of the original tale, and flips the perception that she is a victim. This really enriches the story and makes it far more interesting for the modern reader.

Eimear McBride on the other hand tells the story of Kathleen almost as is, albeit with some stunning prose stylings mixed in. The twist in her version is a compulsively self-referential narrator, whose voice examines another problem with retelling folktales, that their details change and are often lost over time. We can’t know what Kathleen looked like, says the author, and so ‘we are, generally, at liberty to envisage her as we fancy’. This kind of commentary, butting into the narrative every so often, comes off as comic; but it also reminds us that because these tales have no original per se, since they are defined by their endless retelling. Or if they did it has since been wiped clean of all but their core. For this reason, they are ripe for us to apply to our own lives.

Both she and Johnson explore the problems of writing new versions of unstable stories that developed from a flexible and amorphous oral culture that has reshaped itself over time. Unfortunately this meta-trick falls limp after Johnson’s story, which, by this point, has already explored the narrative loopholes of folktales only a few stories earlier. Ironically enough, the process of turning the podcast series into a book that can be read in just a few sittings introduces its own problems. Without the separation of episodes, it feels a little same-y to have two stories both commenting on the nature of storytelling in this way.

Overall, Hag is a successful endeavour, in that it brushes the dust off some excellent British and Irish folklore. As professor Carolyne Larrington, the expert who wrote the introduction and chose the stories, says, ‘the last fifty years have seen a remarkable upsurge of interest in Britain’s traditional imaginary’. As recent examples she cites Max Porter, Sarah Hall and Helen Oyeyemi. Clearly folktales are having a moment, one which we can only expect to continue. One likes to think that dredging more tales to the present might inspire some of the writers featured in Hag – or those reading it – to explore the source material deeper. 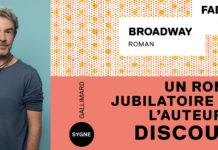