In chapter 5 of Robert Musil’s The Man Without Qualities the protagonist Ulrich sets about restoring a house he has just bought:

“He was free to follow any principle, from the stylistically pure to total recklessness, free to choose any style from the Assyrians to cubism. What should he choose? Modern man is born in a hospital and dies in a hospital, so he should make his home like a clinic. So claimed a leading architect of the moment; and another reformer of interior decoration advocated movable partitions in homes instead of fixed walls so that people would learn to trust their housemates instead of shutting themselves off from one another … He was in that familiar state–not that the occasion mattered too seriously to him–of incoherent ideas spreading outward without a centre, so characteristic of the present, and whose strange arithmetic adds up to a random proliferation of numbers without forming a unit. Finally he dreamed up only impracticable rooms, revolving rooms, kaleidoscopic interiors, adjustable scenery for the soul, and his ideas grew steadily more devoid of content…”

Ulrich’s prevarication is representative of his era and his city. As depicted by Musil, turn of the century Vienna is a city in search of a sustaining idea, oblivious to the clamour for independence among the constitutive peoples of the empire. The bureaucratic elite are planning vast celebrations for the 70th anniversary of Emperor Franz Josef’s rule, to fall in 1918. Like Ulrich with his house, they can barely settle on even the vaguest ideas for the festival, their only concrete actions consist in establishing committees to investigate each possible avenue, with implausible names such as ‘Committee for Precision and Soul’, and which then only proliferate into further committees, none with any clear task of what to do or where to go. In reality Franz Joseph died in 1916, and defeat in the First World War brought about the collapse of the empire.

Musil’s vision of the decentred Viennese psyche, certain of its power yet paralysed by possibility, celebrating its achievements on the eve of their crumbling, was constantly in the back of my mind as I wandered through the exhibition of Gustav Klimt and Egon Schiele’s drawings at the Royal Academy. In the first of five rooms we come across Klimt’s preliminary sketches for Medicine, one of three monumental ceiling paintings (along with Philosophy and Jurisprudence) he made for the University of Vienna’s Great Hall between 1900 and 1907. This was a prized public commission for Klimt, who held a position of eminence within the cultural elite of Austro-Hungary comparable to that enjoyed by favoured renaissance court painters. Nevertheless, on the unveiling of each painting in the series, Viennese high society was scandalised. Medicine depicted a column of nudes, intended to represent the river of life, in various poses of pain, shame, ecstasy, and despair, in the middle of which is a skeleton representing death, and which is linked by an outstretched arm to a floating woman with a newborn at her feet. At the base of the image, facing the viewer is Hygieia, the Aesculapian snake around her arm and the cup of Lethe in her hand. The painting provoked an editorial in the medical journal Medizinische Wochenschrift which attacked Klimt for ignoring doctors’ most important duties, prevention and cure, focussing instead on an ill-defined, perverse relationship between Life and Death.

What was commissioned as a monument to knowledge is, like the cast of Musil’s novel, infected with anxiety about that which it is supposed to celebrate, and might be said to be symptomatic of a larger condition which emerged in Vienna during this period: the ability to create monuments only so long as they foregrounded their imminent collapse. It seems strangely inevitable that we now believe all three paintings to have been destroyed when retreating SS forces set fire to Schloss Immendorf, where they were housed, in May 1945. The sketches on display here, now all we have left of the completed work aside from a few photographs, display even in their status as preliminary studies, a contrasting sense of solidity and ephemerality. Klimt’s line is exceptional, accentuating the curve of his model’s hips to such an extent they seem almost foreshortened, solid when describing bone and muscle, light and rapid when shading and detailing facial features. This early study for Medicine is more statuesque, fittingly enough for a monument, than many of the other drawings exhibited here but displays an important constant in Klimt’s draughtsmanship. More often than not he seeks to idealise figures, flattening his model’s distinctive features, obscuring their faces, and focusing intense attention on their clothes rather than their bodies. This idealisation embodies anxiety around ideals and a distrust of desire. His study for The Dancer (1916-17) is composed of hard, wiry flicks where it depicts the subject’s rustling skirts, but when we scan upwards the marks become softer and less defined, blurring smoothly into one another in the face. Standing Pair of Lovers (1907-8) buries the couple beneath their cloaks, and Standing Female Nude (Study for The Three Gorgons; Beethoven Frieze) (1901) shies away from the viewer, the model clasping her hands to her inclined chin, her face and shoulders enveloped by her beehive. We only glimpse it in these drawings, but in Klimt’s paintings horror is always intertwined with beauty.

If the elder artist’s drawings play down the horror at their own monument-making, Schiele’s work revels in perversity. Compared with the monochromatic tones of Klimt’s charcoal and packing paper sketches, Schiele’s use of colour strikes one like a wound. Seated Female Nude, Elbows Resting on Right Knee (1914) depicts an underage prostitute staring unflinchingly at the viewer who like Klimt’s standing nude, clasps her hands nervously to her face. Her lips, nipples and clitoris are carmine red like burst blood vessels in crying eyes and in each crevice, where Klimt cross-hatches, Schiele daubs a sickly mix of green and red gouache. Pre-1910, the year Schiele considered a turning point in his career (‘I went by way of Klimt until March. Today I believe I am someone entirely different’), the violent overspill of colour in his drawings was confined within geometric boundaries, clearly influenced by the older artist. The Painter Anton Faistauer (1909) for instance, depicts its subject using only a thin pencil outline which omits all but the essential details, and employs green and red crayon only for lipstick and a necktie. There is none of the diseased spread of colour or line here.

Schiele departed from Klimt in another area also, drawing multiple self-portraits; his master never did one. If anything, these images flagellate their subject even more brutally than his other portraits. In Self-Portrait Pulling Down an Eyelid (1910) the scrubbed-raw redness of his cheeks descends into a bloody wash of thickly sweeping gouache which looks less like a shirt than an écorché torso, while Nude Self-Portrait, Squatting (1916) is one of several drawings which position their respective subjects in uncomfortable poses reminiscent of circus acrobats. Like Ulrich and his lack of qualities, Schiele presents a highly destabilised self; it is either being taken bloodily apart or barely holding itself together. In several drawings the charcoal, graphite, or pencil produces marks comparable to medical stitches, especially at points of juncture such as nipples, navels, and genitals, suggestive of handmade dolls.

The later rooms of the exhibition detail the influence of Schiele on Klimt. The younger artist’s use of prostitutes and street urchins as models was necessitated by a lack of money, whereas Klimt chose to go his own way after the rejection of the Faculty Paintings, writing ‘Enough of this censorship. I am taking things into my own hands. I want to make my escape.’ His late drawings retain the earlier combination of absent space to denote flesh and features, with frenetic marks detailing clothes and hair, but incorporate Schiele’s more explicit subject matter and awkward poses. Reclining Nude with Leg Raised (1912-13) is one of several drawings Klimt made after 1910 of women masturbating, in which the model is on her back with genitalia facing the viewer in a position reminiscent of Nude Self-Portrait, Squatting. Despite their explicitness, these drawings do retain some of his earlier monumentality, with their abstracted expressions and smooth lines describing marble-like limbs. The earlier sense of anxiety around monument-making is here expanded to incorporate Schiele’s anxiety around the notion of selfhood, as an idealising style is brought into conflict with bodily impulses. It is bold work, especially for an eminent artist reaching the end of his career.

It seems the sense of freedom which both draughtsmen felt in drawing allowed them a wider berth of experimentation than the more time consuming medium of painting. This is a disturbing exhibition, which embodies the strange art of Vienna during the early 20th century. It is a unique period, in many ways reminiscent of our own, responsible for the birth of much that is considered modern about modern art. Alongside Freud, Hugo von Hofmannsthal, Arnold Schönberg, Adolf Loos, and others, Klimt and Schiele were responsible for the way we interpret and depict the self, and the RA’s show is an opportunity to re-read the mind we have inherited.

Want to win some money and be published in the UK’s oldest literary review? Enter our Short Story Prize. 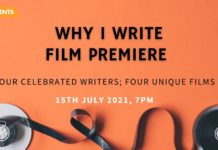 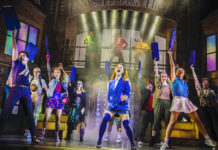