Known for the haunting anguish of The Scream, Norwegian painter and printmaker Edvard Munch produced less notorious pieces with a similar apocalyptic gloom. The exhibition currently at the British Museum, in collaboration with the Munch museum in Oslo, stages his complexity—as a person and as an artist—in a quest to decipher human nature, while pioneering of modern art by his innovative prints. Among portraits of tortured souls, moody lovers and anxious glares, we discover Munch’s work between the 1890s and 1918 reflecting a gripping expression of raw human emotion still powerful today.

We are immediately drawn into the exhibition by Munch’s bony face enveloped in darkness setting the tone for the prints and paintings to come. The lithograph Self-portrait with Skeleton Arm (1895) welcomes the viewer into Munch’s world (and psychological state) with a magnetic hold that remains present throughout the exhibition. This seems suitable for the man behind the iconic symbol of human anxiety and a fitting introduction to what follows—a deep personal response to the artist’s childhood and experiences that fuel the introspective and pessimistic character that permeates his art as did his life.

Further in, a mixture of low lighting and the dark tones and splashes of red that monopolise the works create an immersive atmosphere. The viewer is faced with a visual language in the prints that tell the story of Munch’s upbringing through his own psychological analysis. The exhibition is organised around the places that influenced the artist, from Kristiania’s bohemian scene to his stays in Paris and Berlin. The exhibition is curated in a way to illustrate the meaningful influences of his intellectual. Examples include late 19th century symbolist art from Paul Gaugin to his interest in theatre like Henrik Isben’s 1906 production of Ghost, which Munch was commissioned for the stage designs and programmes

A restless traveller, Munch depicted subjects from all paths of life in his pieces. The most touching and famous remain those featuring the grief his childhood and his tumultuous romantic relationships. For instance, the various versions of The Sick Child convey his childhood trauma such as his mother’s and teenage sisters’ death from tuberculosis. The grief of such losses were the root of early preoccupations with insanity, suffering and premature death. Munch lived past his 80th birthday, but this obsession with the fragility of the human experience gave him enough material for raw and brutal yet refined artistic works that make him evocative.

Influenced as a young artist by naturalism, impressionism, and the nihilist Hans Jaeger, Munch turned to more a subjective style to expressing the emotional turmoil of loss. Through the stimulus of spiritualism and the emerging techniques of photography, he experienced with what became expressionism—wavy strokes, plays on shadows and sharp contrasts that create a poignant style through a vertigo-inducing compositions. As viewers, we are hit by the hypnotic and penetrating gazes mirroring the subjects’ inner lives.

Some of the prints appear as a symbol reflecting of his rocky relationships with women and with love itself. The exhibition even features Self-Portrait against a Green Background and Caricature Portrait of Tulla Larsen. This was originally one painting until Munch sawed it in half following a rupture with Tulla Larsen, whom he was unable to commit to, and eventually married one of his younger colleagues. In Jealousy, the hollow gaze reveals betrayal in the eyes of a cheated man. Highlighting passion furthermore, the splashes of red in the aura and the frames of the different versions of Madonna and the red tangled hair in Vampire II represent strong emotions within a monochromic palette. The aftermath of Munch’s breakdown in 1908 along with his increased recognition led him to produce more optimistic and colourful scenes presenting a parallel with the sense of ominous gloominess in his previous work.

Munch aimed to explore the mysteries of the human soul while innovating artistically, using art as an instrument of research. He saw his work as a whole and apprehended parting with his pieces. To avoid this, to capitalise on production and to make income, he began doing prints. He clearly mastered the skill—the strokes, the application of pressure, the carving of wood and etching of copperplate—creating lithographs with impressive graphic acuity that make the viewer stand closer to the frame and observe the ink and the technique in disbelief. He then produced various versions of his most recognised pieces and sold thousands, further establishing his fame beyond museum expositions and commissions. The precursor of the later age of mass culture and pop-art of the 1950-60s, undeniably influenced Andy Warhol’s screen-prints, who even offered his own re-interpretation (such as The Scream (After Munch), Madonna and Self-Portrait with Skeleton Arm (After Munch), dated from 1984, private collections). Munch’s use of such printing techniques allowed for pieces to appear more symbolic than realistic, favouring a shallow pictoral space with minimal backdrop and thus allowing a greater focus on the psychological condition of the subject.

Through the exhibited pieces, the result of the technique of the framing and reframing of memories appear as the many parts of a masterpiece, some of which indeed made up the Frieze of Life series. For example, the three pieces featuring a couple seen from the back, Towards the Forest I, II and III were made from the same woodcuts, in 1897 and in 1915: each one adds dashes of colour and movement, implementing new perceptions born over the time that passed. It reminds of an old photograph or a child’s drawing to which a filter is added with the years. Another striking example are the different versions of The Sick Child and Death in the Sickroom with the play on tones and techniques: the child’s hair appears to be bleeding in The Sick Child I (1896 lithograph) while her pale face merges with the pillowcase in the 1907 and 1925 oil painting versions, focusing on another version of the story.

On the only wall painted dark red is the 1895 printed version of The Scream. Perhaps the simplicity of black on white and the lack of colour make the piece more striking. The mummified subject, ungendered and de-individualised, defines its expression when covering their ears to block out a piercing shriek of nature. Staring at the eyes felt like an amplified echo ripping through space.

Yet, its iconic status lessens the impact of the relatively small print exposed. It permeates mass culture and floods pop culture (the Apple emoji or Peter Brookes’ 2017 caricature published in The Times), and it even dominates the museum boutique with The Scream merchandise ranging from jewellery to stationary to scarves to tableware. Including this piece among the rest of Munch’s prints reminds the visitors of the fame of its creator but draws attention on his skills as an expressive printmaker.

Munch presented the world as he experienced it in all its feverish melancholy, at a time of tensions in pre-war Europe with rapid urbanisation and scientific discoveries challenging societies’ morals. Shifting attitudes are reflected in the use of rough texture, unusual colour combinations and controversial subject matter by which the artist manages to paint the subtle and moving visions of the soul, despite the static quality of the prints. His intense feeling for life—flamboyant, almost all-consuming and sympathetic for suffering—is quite overwhelming and enigmatic, making the viewer reflect upon his or her own vulnerability.

Want to win £500 and be published in the UK’s oldest literary journal? Enter our Poetry Prize. 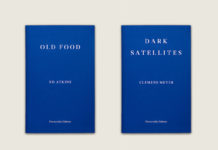 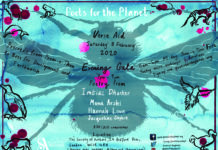