Atiq Rahimi on minimalism,
dreams and the female nude


Atiq Rahimi is a Franco-Afghan novelist, poet, visual artist and filmmaker. He arrived in France as a refugee in 1984 at the age of 22, fleeing war in Afghanistan. In 2008 he garnered public acclaim after winning the French equivalent of the Booker Prize, the Prix Goncourt, for his first novel in French, Syngué Sabour (Stone of Patience). His latest film Our Lady of the Nile is in cinemas now.

The materials I have used are Chinese ink, paper and water, so my work is quite elemental. I blend painting and Taoist calligraphy. I’ve developed a series of drawings for this exhibition based on the concepts of emptiness and fullness. I focus on the theme of birth, usually in around nine different drawings. I tend to paint in light and dark contrasts. When I write a novel or a film, I always have to engage in some other art form. Drawing helps me concentrate. What I draw is always linked to what I’m doing in writing or films. My series entitled Tracés (Outlines) was drawn when I was an artist-in-residence in Amsterdam where I wrote my novel Les Porteurs d’Eau (The Water-Bearers, 2019). The paintings based on the notion of plenitude were made while I was in Rwanda for the shooting of my forthcoming film Notre Dame du Nil (Our Lady of the Nile). The drawings based on the notion of emptiness were inspired by the poems I write in Persian.

In 2014 you held another exhibition at the Cinema Gallery. Is this new exhibition a departure or a form of continuity for you?

My 2014 exhibition Callimorphies explored the conjunction between Persian and Arabic calligraphy. The drawings were made during the shooting of the film version of Syngué Sabour. In this new series, I didn’t explore the interface between words and the body in the same way. The new drawings are closer to the Persian poems I write.

Your works are, in a sense, minimalist. When you write or paint, do you aim for an uncluttered, streamlined style?

Yes, it’s true I’m haunted, possessed, obsessed by the notion of minimalism, by emptiness, silence, darkness. I often write vast amounts and then pare my work down. I typically cut away about half of my text before reaching the final draft. It’s the same with my drawings. I usually make a lot of classical-looking sketches and then erase the lines until I reach a drawing that evokes a state of love. It reminds me of that Israeli writer who says that his aim is to reduce a page to a paragraph, a paragraph to a sentence and a sentence to a word, and a word into full stop.

That reminds me of the American author David Baldacci. For two published pages, he says, he writes a thick binder full of drafts. To lose half is certainly a large cut by most standards. I’ve often thought of writers as either modelling with clay, adding successive layers or bits of narrative, or chipping away at drafts like chiselling marble.

Well, some of my drawings are more incremental. I start from a point and I draw the reed pen in different directions without ever lifting the pen until the drawing is finished. In those cases, I never remove anything. It’s a kind of performance. I force myself not to raise my hand from the page, which sometimes gives me tendinitis.

Jean Cocteau used to say his writing eased out into drawing and his drawing would tighten itself up into writing. Would you say your process is similar to that?

I wouldn’t dare to compare myself to Cocteau, but yes, I pass rather seamlessly from one art form to the other.

There’s a scene in Syngué Sabour in which the narrator starts smearing her own blood over her comatose husband’s face to provoke him and express the intensity of her feelings. It made me think of a portrait of Donald Trump painted with menstrual blood by the American artist Sarah Levy. It’s hard to picture you ever painting with blood. Would you say that your paintings are less politicized, more detached from the world, than your prose?

Well, depicting the body is a very political act in my culture, no matter what you do with it; even if it’s abstract. Nudity is a political act. Unveiling the body is engaging with the essential in life, the universal. The body is fundamentally the same regardless of gender. Some political regimes divide the genders along the lines of insignificant bodily differences. Politics often creates contradiction between the sexes when, in actual fact, it’s just difference, nothing else.

Do you consider yourself a feminist artist?

It depends how you define feminism. My struggle is a feminist one, but my thought knows no boundaries between men and women. I fight for women’s rights because women and children are the first afflicted in my country. Politically speaking, I’m a feminist, but morally, philosophically, no. I’m simply a humanist.


Would you say that your nude depiction of the female body in your paintings is in contradiction with your feminist politics?

Why do I draw nude women? Why do I try to get close to the body? When I was young, I was greatly influenced by Paul Eluard’s line: ‘The nudity of a woman’s body is wiser than any philosopher’. And of course, in whatever I do, culture and religion have framed my mindset as a man.

You have said that writing in French gave you a feeling of freedom. Do you feel less free writing in Persian?

So language is related to the mother figure for you?

Yes, well, it’s the father who forbids access to the mother’s body.

You said in another interview that the first book you bought when arriving in France was Marguerite Duras’s L’Amant (The Lover). Has Duras had an impact on the way you write?

Yes, I’m sure she has. Just before leaving Afghanistan as a refugee during the war in 1984, I saw Alain Resnais’s film Hiroshima, mon Amour which is based on Duras’s book. I remember seeing the book in a bookshop at the airport when I arrived in Paris. Her novel had just won the Goncourt. I bought the book and read it over and over, without cease. During the eight months I spent in the refugee centre, it was a kind of vade mecum for me, a French language manual that I read, word after word, every day. I had already read Albert Camus in Afghanistan in the Persian translation.

Could you tell us which visual artists influenced you the most?

In Western painting, the Renaissance. Caravaggio and Goya were seminal influences for me. Japanese prints also made a great impression on me, and Persian miniatures, most notably the school of Herat. There’s a school between Iran and Afghanistan that’s particularly illustrious.

One sometimes gets the impression that polyglot writers resort to wordplay more easily (I’m thinking of Julia Kristeva, Vladimir Nabokov, Samuel Beckett). Would you say you engage more in wordplay in French?

I’d prefer to say that it’s words that play me. I often ask myself why particular words assail me. Of course there’s something within us that likes to play with words. Especially when you come from a culture like mine, where poetry plays such a public role. Even politicians recite poems in their speeches. Everyone is steeped in poetry where I come from.

You once said that you get more pleasure from writing in French. Is that because the language is less familiar to you than Persian is?

I don’t know why I said that because I enjoy writing in both languages. Of course, I’ve now read more literature in French than in Persian. I used to read Persian classics as a child, but I read philosophy, psychology and modern novels in French. As I came to theoretical works later in my life, my Persian lacks concept words in the areas of psychology and philosophy.

Do you feel that contemporary French novels lack a certain imaginative flight?

Oh, I wouldn’t be so bold as to pass judgment on my fellow practitioners. When I write, I realise the state you put yourself in to write, the risk you take of putting pen to paper. I have a lot of admiration for Pascal Quignard, for instance. He’s so learned. There’s also Eric Chevillard, a fascinating writer. These writers don’t limit their writing to the recounting of dull sexual encounters that relate only to a limited number of people. I’m impressed by formal experimenters like these. There’s also J. M. Le Clézio.

Yes, there is some magic realism, if only momentarily, in his work when you closely, but there are practically no magic realist works in contemporary French literature. Most of it is based on hard, verifiable facts.

It’s the same in French cinema. Artists here seem afraid to experiment the way they did in the 1950s and 60s. Most French writers seem bent on reproducing Proust, or else reworking Duras.

Why do you think that is? Are writers are afraid they won’t get published otherwise?

There are several reasons behind this. Nineteenth-century realism and naturalism invaded French thinking. Politics too. They forget what Aristotle pointed out: that art is not realistic. Kundera said this in a way I love. He said literature doesn’t reflect the real world, but a possible world. I think French pessimism stops French writers from going towards possible worlds. This is true only of France. The disappointment of the French Revolution caused this in part. It pushed French writers to look into their own individual lives.

Yes, I think you’re right. You get the impression that the world of books in the West has forgotten that realist literature is just a parenthesis in the history of fantastic literature.

Anglo-Saxon literature is interested more in great sagas, though, which gives its literature more breadth. Literature in France is turned inwards into daily, personal concerns. I love American writers like Jim Fergus.

In your novel Syngué Sabour you tend towards magic realism. Will you cross the threshold between realism and magic realism more firmly in future novels?

I love that moment when the unreal breaks into the real and vice versa. It pushes us towards possible words. I’m always surprised, not to say irritated, by the distinction people make between the “real” world and dreams. Dreams are part of my reality.

Do you enjoy provocation?

It depends how you write the word. Only if that word means ‘pro-vocation’: I am in favour of the artist’s vocation.

If you were stranded on a desert island, what would you bring along with you: a pen, a reed pen or a camera?

A reed pen would be fantastic, but there would be the problem of paper.

Couldn’t you use trees?

I could use leaves and recycle them. Let’s go with the reed pen.

Atiq Rahimi’s film Our Lady of the Nile is in French cinemas now. 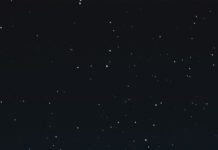 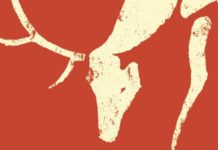 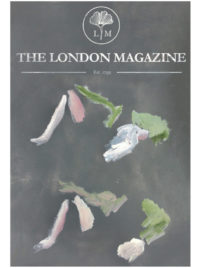