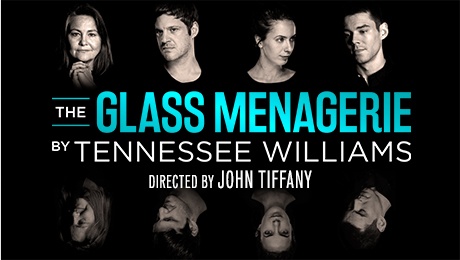 Cherry Jones returns to the role of Amanda Wingfield in Tennessee Williams’ The Glass Menagerie, directed by John Tiffany. This London revival of American theatre’s classic memory play may be the timely antidote we need.

Like a softening dust, olive-ashen light floats among fading Victorian-style lampshades, a writing desk, a frumpy crimson settee, the trove of animal statuettes centre-front. Looming in the background is a fire escape that ramrods to the rafters, its stage level serving as the entrance to this ‘hive-like’ tenement apartment in 1930s St Louis. John Tiffany’s revival of The Glass Menagerie begins with the expected direct address: a mature Tom (played by Michael Esper), now in control of his life and career, looks back at his past, piece by piece. ‘The play is memory,’ Tom says. Actually, it is a ghost story in which Tiffany uses sound, the swapping of hysteria for more lightness, and a touch of choreography to give shape to the ghostliness of Tennessee Williams’ ‘picture of my own heart,’ his first chapter of author-family autobiographies. The production, which premiered in New York in 2013, and then featured in last year’s Edinburgh Festival, is aided by composer Nico Muhly’s twinkling but minimalist backdrop that avoids any whiff of frothy whimsy.

Of tenacious mother hens in English letters, we find ourselves warming to Cherry Jones’ role as Amanda—more bustling Mrs Weasley than hustling Mrs Bennett—likely coming as a shock to viewers who grew up with the éminence grise of Katharine Hepburn’s embodiment, which roiled on daytime television. Jones’ exultation on stage suggests that she is the only actress capable of a Southern accent who didn’t originally aspire to play Blanche, Williams’ withering Southern belle in A Streetcar Named Desire. Jones lays an opulent Dixie brogue on thick. Her Amanda is a hardy prevailer, a nostalgist whose free-flowing dips into the past are not escape mechanisms strictly, but sustenance to carry her through the years of pain and social degradation created by bad choices made in first youth. In many ways, she does the dirty on Williams, stubbornly maintaining grace and love over the toxic interference that is necessary for us to want to run away from her, like Tom.

Kate O’Flynn once again harnesses her distinctive nasal squeak in order to intone Laura’s constant refrain: placating her mother’s stultifying concerns. ‘Mother, when you’re disappointed, you get that awful suffering look on your face, like the picture of Jesus’s mother in the museum,’ comes straight from O’Flynn’s nose, the last syllable of each phrase expanding like scales ringing on a xylophone and accentuating her character’s perpetual nervousness. While she is the play’s faint but central pulse who necessarily does not act, but is acted upon, O’Flynn’s Laura inherits some of the steely glint in her mother’s iron sunshine. The resignation that she unfurls after the Gentleman Caller, Jim (played with puppy-like exuberance by Brian J. Smith) kisses her, and then admits that he is already affianced, is a saddening jolt—like a cold shower of rain on a sunny day. ‘You—won’t—call again?’ she matter-of-factly states more than questions, letting the bomb hang in the air and then dropping it. Esper is better as a son than as narrator, especially when he is performing a kind of elevated honesty that mocks itself: ‘Well you’re right, Mother. I’m going to opium dens. Yes, mother. Opium dens. Dens of vice and criminal’s hangouts, mother, I am a hired assassin!’ Teasing his mother’s near-farcical enquiries into his twilight outings is all boyish shtick and put-on, a comic relief that increases our fondness for both characters but overshadows the story’s essential tension. In this way, Tom’s final abandonment seems less believable.

The choreographed gestures could come off as a gimmicky trick—Laura first emerges through a slit in the back of the sofa, for example, and, at the end, she dives back through. While Tiffany’s direction has been criticised for its departures from text-driven concerns, these moments are exquisite flourishes of reverie, especially the fleeting celestial duets between mother and daughter. If the production has a fault, it lies within Jones’ obvious pleasure in the role, left unchecked—if not emboldened—by the perceptible encouragement of the audience’s luxuriating smiles. The first act belongs entirely to her.

Today, much of the world expects awakening daily to the setting of the sun on a progressive era of American history, the country’s political reality steeped so heavily in its own neo-Victorian brand of backward-looking inspiration. Those hankering for warmer prelapsarian times will find temporary release in the luminescence that revives Williams’s first hit, which premiered in 1944—the middle of another period of deeply scarred American optimism. During the production’s two and a half hours, in a rare instance of cosmic collusion, a cell phone didn’t go off once.

The Duke of York’s Theatre 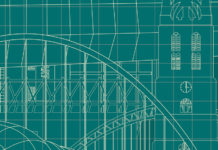 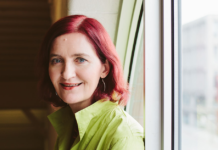 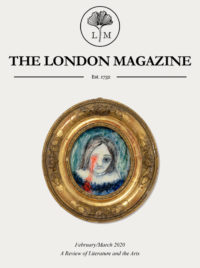