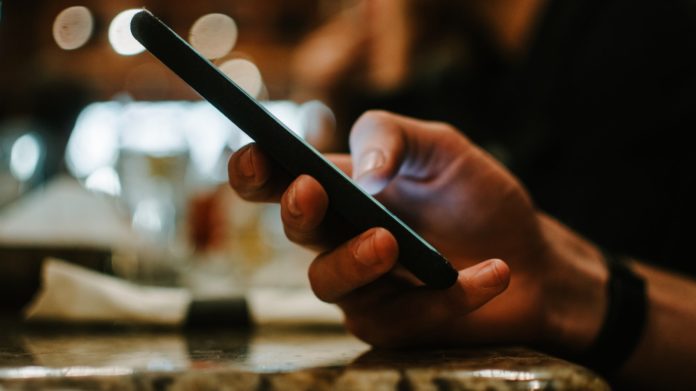 We Can Be Friends

There was a cluster of coats and hats careening over the railing, and when I got closer I could see what they were looking at. The basin, which had been full of water the last time I’d passed, was drained to the dregs and men in coveralls and tall rubber boots were crawling around in the sludge. Bicycles lay in twisted heaps lining the quai. Algae, soft and fine, grew along the spokes of the wheels and over the metal lattice of an abandoned trolley. Lighters and left shoes were sprinkled like confetti, glinting half-exposed in the mud.

They’re dredging the canal, I would say; that’s how we would begin. There were scuffed black scooters, a dull silver boombox—did you see them? Should we climb in? You’d give me a look and carry on, and even though that’s what I’d expected, you’d dip slightly in my regard.

We’d arranged to meet in one of the cafés where I liked to sit and pretend to be working. It was on a quiet residential street just too far from either métro in the neighbourhood and entirely derived its custom from a combination of word of mouth and the self-consciously hip photos the baristas posted to Instagram. Velvety flourishes and soft swans drawn in thick foam. Heather in mismatched plant pots. That sort of thing. I hated that it worked, but low-level disdain didn’t stop me. The lights glowed golden through the foggy windows and walking towards them, it was possible to imagine that life was softer in there, that we could self-select the good parts of our acquaintance and forget the rest.

It was already five past. Behind the counter, the barista looked up expectantly. Placating him with a j’attend quelqu’un, I unwound the scarf from my neck and took a table in the back corner. Staring out the back window at the damp courtyard, I watched the gardienne haul in the bins and arrange them against the back wall. Ten minutes in, I took out my book and tried to read. Waiting, but not waiting. It struck the right tone.

But all I could latch onto was the feeling of the paper beneath my thumbs, the way all the letters were thicker on one side of the page than the other. I liked smudges in second-hand books. Fingerprints, the odd crumb, could propel me to scrutinize what my predecessor had been eating. Sometimes there’d be a name I could lookup. There was less charm in mass-produced mistakes. I flipped through the book, jumping in time from the hairy middle to what I hoped was an elegant denouement, focusing on the type. It was true. Half the book was essentially smudged, the letters uniformly but distinctly different, and no one at the publishing house apparently thought about it. I heard the scuff against the tiled floor then, and my face flew up from the page to watch another stranger walk through the door. 20 minutes late.

The barista started eyeing my barren table from behind the Marzocco. I thought about calling. Perhaps you’d noted the wrong address. Perhaps we’d bungled the timing. But that would erode the patina of nonchalance we’d carefully applied. That would ruin everything. Instead, I ordered an allongé. When it arrived, I shut the book. Nursing my cup, I made those slow sips last two hours until the coffee was acidic and cool and the café was closing. The phone in my pocket was a stone.

In the lift, I leaned my cheek against the cool mirrored wall. My skin looked greasy. Hairs sprang rowdily out of place. I felt red and raw by the time the narrow coffin, quivering on its cables, arrived at the sixth floor. Unlocking my door at the end of the hall, I scuttled inside, eyes trained on the floorboards as the door next to mine opened with a sick moan.

I poured a glass of wine before I kicked my shoes off. It was nice, five euros more than I’d normally spend, though not so nice I’d call it ‘nice’ to anyone else. I sucked off two desperate gulps standing up over the sink, then set a pot of water to boil.

Slumping down onto the futon, I settled into the hollow encouraged by a series of broken slats. The street lamps across the street flickered on, and golden rectangles developed slowly across the plane of my hardwood floor. The burner was hissing when I realised I’d just been sitting there in my coat in the dark with the empty glass in my hand. I shucked off my outerwear and tripped towards the kitchen, banging my toe on one of the legs of the end table. I only had myself to blame. I’d started it; I always did.

Flicking the switch, the kitchen nook filled with shuddering light. Lowering the heat, I dumped in a handful of linguine and leaned against the counter to watch as the noodles softened slowly in the foaming water. The kids who lived above me thundered down their hallway, shaking my ceiling. I poured another glass of wine. My phone, screen dark, lay on the end table. I wrote texts in my head:

I’m so sorry! I forgot about today. Tomorrow?
Where were you? Are you alright?
I hate you. I hate you because you always do this. You go right up to the edge, and then you disappear.

Draining the pasta over the sink, I dumped it back into the pot. Mixing in a pat of butter, then another, I wove them through the linguine with counterfeit absorption. Fresh black pepper. A dusting of comté. Overturning the pot into a bowl, I stabbed the nest with a fork. Turning on the overhead lights, I brought my meal back to the futon and took a bite. Balancing the bowl on my knees, I typed quickly.

They’re dredging the canal, I wrote. 40 tonnes of waste. Sighted: an office chair, a suitcase, a toilet, two motorbikes, bottles, and bags. Catfish! You missed it. And me. I attached an article from The Guardian and hit send.

Our scenes were conducted in absence now. Shuttled back and forth in this in-between space, there was a particular heft to the words that was new. When they appeared. We said more when we weren’t together, when there was no audience, no stakes other than the small grey checkmark and no immediate reply. It was nebulous and unsatisfying, but I didn’t see why we should stop.

I was weighing parsnips when you replied. Carrefour was humming and my basket was laden with vegetables that required individual weighing and the application of a small sticker before checkout. It was repetitive and meaningless, but I ascribed the shiver of ritual to my movements. These are the things I do without you. I repeated it like a charm. I’d whispered it to the cartons of gazpacho, the rotisserie chickens held captive in their plastic bags.

We can be friends, it said. But I don’t think that’s the best thing for you right now.

I slapped the sticker on the parsnips and dropped a small bottle of milk into the basket. I stalked through the aisles, considering things I didn’t need or even like to eat. At the back of the checkout queue, I inched forward listening to the nasal drone of a woman arguing with the checker. I jettisoned a jar of capers on the closest shelf but went through with the sour Greek yoghurt. For a week, I stared at the container on the shelf in my fridge wondering what I’d been thinking.

Once, briefly, we’d settled into a rhythm. I didn’t know you yet, but I thought I did. And then you came running through to the bedroom, eyes wild. You’d broken every dish in the kitchen, and none of them were mine. Just like that. The floor was overlaid with ceramic shards. I sprang up and went in barefoot like an idiot. I could see where you smashed them—there, on the edge of the counter where the point of impact was dusted with chalky powder. Taking up the push broom, I brushed the fragments into an untidy pile, heart bleating, while you slouched in the doorway. My toe caught on one of the bigger pieces, but I didn’t notice until the next morning when you complained about the blood on the sheets.

Lauren Sarazen is a freelance writer based in Paris. Her work has appeared in The Washington Post, The Stinging Fly, and The Los Angeles Review of Books, among others 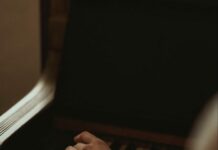 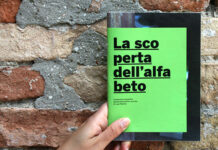 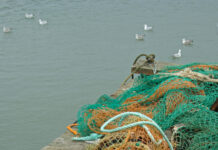