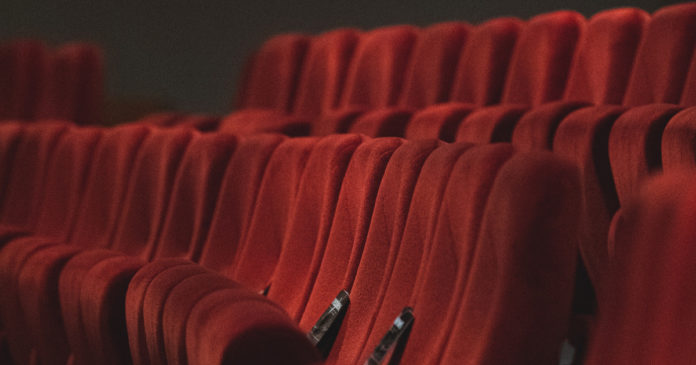 An argument for theatres

The last show I saw before lockdown was Love Love Love at the Lyric Hammersmith. 500 of us were in that room; all gathered together to do what, in my pre-quarantine life, I used to do two or three times a week. I didn’t hug my friend when I met him at the start of the evening. It was the beginning of March and what constituted acceptable public behaviour seemed to shift on an hourly basis. We touched elbows. ‘This is probably the last theatre show we’ll ever see,’ my friend said, and we laughed, incredulous. No one dared to clear their throat in the darkness. Three days later, the theatres closed.

It’s strange to think of it now, being in a room packed full of strangers. Shuffling past them in narrow aisles, breathing the same air. My subconscious has caught on to this atomised existence quicker than I think, really, it ought to have done. I skirt around people in the street in a wide, two metre radius, before I’m even aware I’ve done it. Recently, I had a nightmare about hugging someone who wasn’t in my isolation bubble. We call this the new normal.

The weekend before Love Love Love, I was at Rich Mix for Another Lover’s Discourse, a show I had been involved in making through my work as a theatre producer. Riham Isaac is a multidisciplinary artist from Palestine. It wasn’t easy for her to get to the UK. We had to raise numerous grants, and then of course there was the business of securing a visa – many Palestinian theatre companies have had to cancel planned UK tours in the past because their visas have been denied.

Anyway, we’d managed it. And that night, a mixed crowd of all ages and ethnicities was at Rich Mix watching Riham’s funny, poignant account of negotiating romance in Palestine, which, as it happens, has much in common with negotiating romance anywhere else. A moment of recognition across cultures, of shared laughter.

The house was packed.

Theatre can be a hundred and one different things. A verbatim play about a political scandal. A pantomime with your grandparents. A night at the circus. Am dram. Ballet. A spoken word gig or a hip-hop musical featuring your favourite soap star. Shakespeare’s Globe or something more experimental from continental Europe. A puppet show performed by your kids. Comedy in a sweaty room above a pub.

The phenomenon of getting together in the same place, though, that bit really is key. Theatre happens when a bunch of people in a shared space turn their attention to a creative idea, or story, being played out live and in person. It’s an experience that can’t be streamed or downloaded. This is precisely what is so valuable about it.

Getting together in the same place is also the trouble. Coronavirus forced venues across the country to close on 20 March. No date has been set when for when they can welcome audiences again. Now, as we witness the rest of the country reopening, theatres remain in the dark with no certainty of when normal business – or some semblance of it – may resume.

Putting on a play requires months in preparation; most theatres plan their programmes at least a year ahead. Christmas pantomimes, the mainstay of many regional theatres, are being cancelled. Even if venues do reopen, problems are compounded by the reality that implementing social distancing is impossible for many – playing to houses that are only a quarter full is unsustainable. Audiences, too, are wary of returning: a recent survey showed that less than 20% could imagine themselves heading to their local playhouse any time soon.

Realistically, reopening is unlikely for many theatres prior to 2021. But under current circumstances most venues won’t survive that long. Advocacy group UK Theatre has warned that 70% of venues face permanent closure by the end of 2020. We have already lost some during lockdown: Leicester Haymarket, Nuffield Southampton and Southport Theatre. Theatre Royal Plymouth and Manchester Royal Exchange have announced mass redundancies. Venues like the Old Vic and Shakespeare’s Globe have indicated they are unlikely to survive without help.

Even more vulnerable than these high-profile playhouses are the grassroots spaces, the artists and organisations doing risk-taking, experimental work. The majority of theatre professionals in the UK are in comparatively poorly paid and insecure freelance roles – a third of whom have found themselves locked out of the Treasury’s income support schemes. How long will they be able to keep fighting for a place in a sector on its knees? Those in the most precarious circumstances will be the first we’ll lose.

Which is to say: those whose voices are always drowned out are being drowned out again. Those marginalised by class, ethnicity and disability. Our culture will be depleted because of it.

On 25 June, at 10pm at night, Culture Secretary Oliver Dowden published a ‘five-stage roadmap’ to get British theatres open again. It amounted to 70 words. Crucially, none of them was ‘government investment’. Nor did it suggest a timeline for reopening theatres.

The first time, I think, I was about seven years old. My mum had taken me to the theatre in our local town. I remember how the velvet seats scratched the backs of my legs, and how, when the lights went down and the curtains parted, a special kind of quiet fell in the auditorium.

We were watching The BFG. In this production, the Big Friendly Giant was really just a normal person size, and Sophie was played by a tiny puppet. But watching them my eyes must have gone a bit funny, because I found my perspective shifted. The puppet Sophie actually seemed human sized, and the giant really was a giant.

He stood on stage in front of me, suddenly made enormous. I watched as he gestured to the rows of bright, bubbling bottles behind him. The bottles, he explained, were full up with dreams. It was his job to help them reach their owner.

In 2017 researchers from UCL discovered that during a West End show, the heartbeats of the audience synchronised. Academic Dr Joe Devlin said: ‘experiencing the live theatre performance was extraordinary enough to overcome group differences and produce a common physiological experience.’

In a well-functioning theatre, the play on the main stage is just a small, visible fraction of the many ways in which it brings creativity into people’s lives. Take the Albany in Deptford. On any given day before lockdown you might have found a group of older people taking part in a painting workshop or joining a tea dance, or a youth group writing poetry. Children in the back garden would chase the free-range chickens that wander the grounds. Stallholders from the market outside popped in to enjoy someone playing the piano while having a cuppa.

Theatres like this are keenly attuned to the needs of their communities, because they interact with them, face-to-face, every day. Many have since been repurposed to provide urgently required COVID-19 aid. In recent months Venue Cymru has become a temporary hospital. Slunglow has been a social care responder. Camden People’s Theatre has hosted a foodbank. The RSC and the Birmingham Rep have been producing scrubs in their wardrobe department.

As for the Albany: they have supported 180 older people with twice-weekly phone calls, as well as sending activity boxes and launching a weekly radio programme for them. They have put creative classes online for teenagers and kept their buildings open for use by essential workers. And their director has been in the kitchen, making batches of tomato chutney to put in care packages for the self-isolating.

The economic case is that 34 million people go to the theatre each year. For every £1 spent on theatre, £3 in additional revenue is generated for local businesses. Before the lockdown, the UK’s creative sector – including theatre – was growing at five times the rate of the wider economy and employed more than 2 million people. In 2018 it contributed £111.7bn to GDP.

While this argument sounds convincing, I suspect that – like all arguments that diminish the arts to something quantifiable – it misses the point entirely.

The point is this. I once saw a one-man theatrical homage to Yoko Ono. In it, the performer created a series of avant-garde artworks, following the guidelines set out in Ono’s Book of Art Instructions.

Invited to join him at one point in the performance, an audience member climbed into a bag with him. Together, slowly, in the awkward space, avoiding the tangle of limbs, they took their clothes off. For a few minutes, they were naked together in the torchlit intimacy of the bag. They talked about human relationships, about love. Then, they put their clothes back on, and the show continued.

I’m pretty certain that that audience member didn’t walk into the theatre at the start of the night thinking ‘I’m going to get naked on stage tonight’. But in the 40-odd minutes that elapsed in between, the alchemy of the art form worked on them. That is what theatre makes possible.

Many venues represent decades, even centuries, of civic history. They are creative hubs at the heart of their communities, places of learning, connection, empathy. Common laughter. A shared heartbeat.

In order to survive, the government needs to give theatres a timeframe for reopening, clear guidance on how to do so safely, and money. It needs to make this intervention urgently – almost daily, we hear announcements of theatres closing their doors or making mass redundancies. If we lose them, we are unlikely to get them back.

Remember when we cried about a man’s dog dying that was actually just a coat. Or when the entire floor collapsed and revealed a swimming pool beneath, or when a real horse came on, or when Into The White played and 100 naked dancing people invaded the stage. When we had to light the entire show with torches. The twenty-minute silence. That time everyone got up at the end and danced to Barry White. And when we stayed up all night with Medea, helped her kill her children, and ate breakfast together as dawn broke outside. And that time we took off our shoes and stepped on to a stage of bare earth. We looked upwards as yellow rose petals fell on us.

To buy Twenty Theatres to See Before You Die by Amber Massie-Blomfield, visit Penned in the Margins.

If you’d like to show your support for British theatres – sign this petition. Write to your MP. Check how your favourite theatre is doing, and if you can – donate. Other ways you can help can be found here. 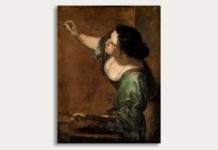 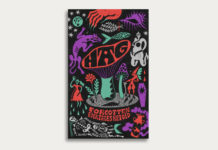 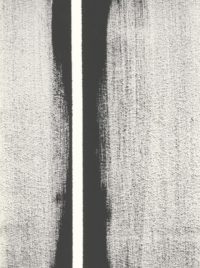 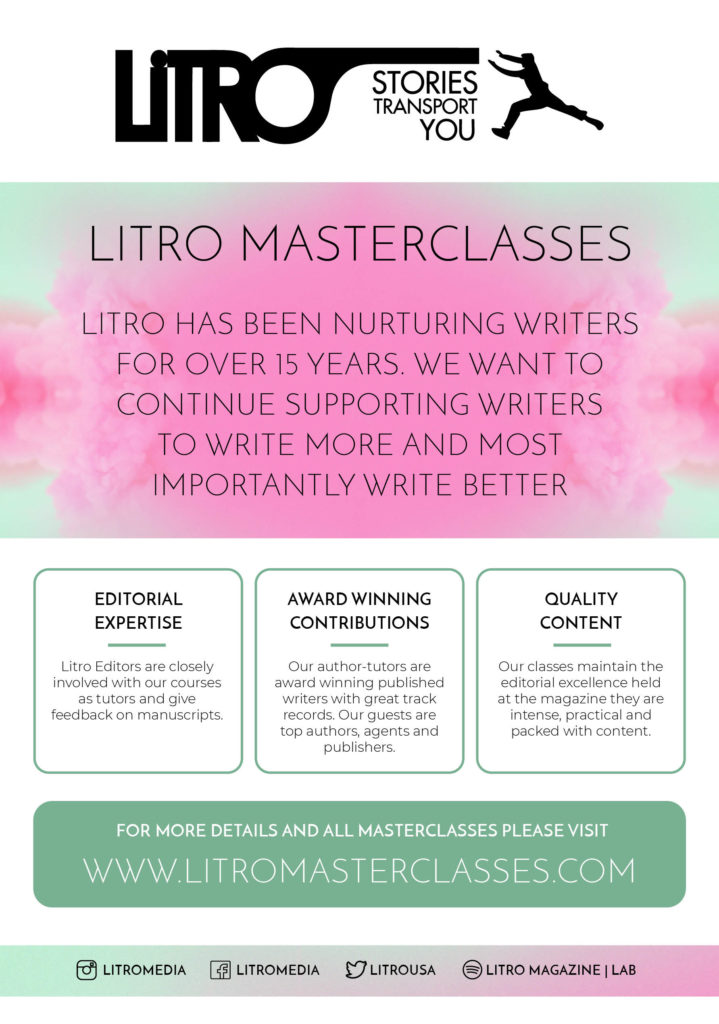