I have lived all over the world, from Kenya and New York to Florence and the Cotswolds, with the romantic traveller’s notion that there must be more to life beyond my home city. All my attempts to create a life abroad or in the countryside have ultimately resulted in surrender and a jubilant return to London. I am yet to find a city that rivals this one for its sheer exuberance and chaotic but infinite variety.

My love of London is inherited from my father. Raised in Finchley, he went to University College School and on to Cambridge to read English under F.R. Leavis until the war interrupted his studies and he joined the RAF as a Spitfire pilot. When he returned to London after the war, he lived in Marylebone before moving to Mayfair with my mother two weeks before I was born.

In 1953, while living in Montagu Square, my father wrote a playful, witty London A to Z for the crowds coming into the city for the Coronation. ‘Decorated’ by Edward Bawden, the book has sat on my bookshelves my entire life, of great sentimental value because the London my father describes, though before I was born, is recognisable as the city of my childhood. Imagine my delight when I discovered that the book had been republished by Thames & Hudson to celebrate the Queen’s birthday. With a new introduction by the author Peyton Skipwith, the book is almost identical to the first edition, bearing the original price tag of half a crown and still small enough to slip into a pocket or handbag. Reading it again has been a journey into the London of my early youth.

Number 18 Charles Street, where my brother and I spent our childhood, still stands, facing down Queen Street towards Shepherd Market, which was our village and friendly haven, despite its louche reputation. From dusk, in the sixties and seventies, doors all round the market stood ajar to reveal tantalising glimpses of red-lit hallways promising ‘French Lessons’ or ‘Model Upstairs’. But in the morning the prostitutes greeted us cheerily from the pavement cafés where they sat eating breakfast amongst the sparrows – sparrows that have all but disappeared. At night you could gamble at Tiddy Dolls. My father, who enjoyed gambling, was a regular at John Aspinall’s Clermont Club on Berkeley Square or the White Elephant Club on Curzon Street. The fact that, to our knowledge, he never set foot in Tiddy Dolls, added to its shady aura and gave it a thrilling forbidden allure. I still feel adventurous and mildly wicked today any time I penetrate beyond the discreet façade into the warmly lit, lushly furnished interior that is now home to Robin Birley’s 5 Hertford Street, one of London’s most exclusive and respectable clubs.

All the shopkeepers were friendly, from Mr and Mrs Bridge and Malcolm in the chemist to Eric in the hardware store. At Haywards the Grocer, Mrs Powell, in a hairnet and green nylon housecoat, would invite us into a back room to feed biscuits to our pug amongst the cardboard boxes and stacks of tins. We bought fruit from the Cockney barrow boys outside Ye Grapes and bread from the Mayfair Bakery, where the bakers, ghostly white under a dusting of flour, would emerge from the ovens carrying wooden trays of fresh hot loaves.

Shepherd Market was also home to small shops like Discurio, which sold obscure vinyl, Mary Chess, selling solid scent in pretty pendants that we bought for my mother and the antique shop specialising in brass ornaments, which my father collected. Every Saturday, my father walked my brother, the pug and me, to Heywood Hill on Curzon Street. We were allowed to buy a book each from the children’s department in the basement, in which a formidable secretary sat entombed by the barred window, typing noisily. The collection I built up of hardback Dent Dutton classics, like The Swiss Family Robinson, Kidnapped and Lorna Doone, now belongs to my daughter. Today she and I buy books from John Sandoe in Chelsea where, in a reassuring example of continuity, John Saumarez Smith sometimes works. He worked at Heywood Hill for over 40 years and was a constant figure as I grew up, as well as being my father’s trusted literary advisor.

For sport we took a skateboard or the go-karts my brother’s American godfather had given us to a bombed out site by Hays Mews that was a car park, and empty at weekends. We went ice-skating in Queensway and learnt to ride with Lilo Blum in Hyde Park. Lilo was a tiny, apple-cheeked Austrian who kept her ponies in a mews behind St. George’s Hospital, now the Lanesborough Hotel. Famously, Muhammed Ali rode there in 1963, allegedly nearly breaking Lilo’s hand when he greeted her.

Our ‘greasy spoon’ was a cosy Italian on Curzon Street, still a restaurant but four times the size, or we ate at L’Artiste Muscle and Le Boudin Blanc, both of which remain largely unchanged. For a treat we went to Fortnum & Mason for Knickerbocker Glories in the Fountain Restaurant with its iconic murals of balmy summer days by the sea in sunnier climes. Towards the end of his life my father moved to Albany on Piccadilly opposite the store and became a well-known figure on the red-carpeted ground floor. He went daily to seek out Clamato (the mix of tomato and clam juice that he took a liking to after giving up whiskey), English cheddar, traditional pork pies and gulls’ eggs in season. Though the Fountain Restaurant is now an elegant brasserie, 45 Jermyn Street, the red carpet and tail-coated shop assistants are still there.

Our world didn’t extend much beyond Mayfair and Kensington and Chelsea, where we went to school, apart from on Sundays when my mother drove us in her Austin Vanden Plas to have tea with my paternal grandmother in Archway. Sometimes we went in my father’s car – a customized bottle green London taxi, a familiar sight around Mayfair.

In 1953 my father was already predicting parking as a problem and commenting on Berkeley Square becoming increasingly commercial. Today it is a busy thoroughfare for office workers and a venue for trade and art fairs throughout the year. My memory is of a quiet, green space under the plane trees, where we played daily and my mother’s ashes are scattered there, at her request, under a tree that leans towards Charles Street.

Though my father’s A to Z is a guide to a gentler era, it reminds us that beneath today’s hectic sprawl the spirit of London lives on, imbuing our city with the charm, eccentricity and humour that have made it unique. Besides, London, more than any other city, manages to be overwhelmingly vast but simultaneously tiny, giving it magical moments of serendipity. Earlier today, as I scurried through Tottenham Court Road tube station towards the Central Line, I saw a stranger carrying a canvas bag that caught my eye. It was decorated with a picture of my father’s book cover so I accosted the stranger: ‘Where did you find that bag? My father wrote that book.’ The stranger was no other than Peyton Skipwith, the author who has written the introduction to the new edition. London is never boring because it constantly surprises. This was an astonishing chance meeting that would have delighted my father, whose joy at living in London never dimmed. It is a joy that he’s captured eloquently in his A to Z and the book remains a charming hymn to the enduring marvels of our ever-evolving capital.

London A to Z by John Metcalf, decorated by Edward Bawden, Thames & Hudson, £6.95

Charlotte Metcalf is a writer, editor and film-maker. A Londoner through and through, she grew up in Mayfair and now lives in Hammersmith. She has made numerous well-known, award-winning television documentaries and in 2003 published Walking Away, a book about her time working in Africa. She writes for numerous publications from The Daily Telegraph, The Sunday Times and The Daily Mail to The Spectator, Tatler and Spears Wealth. 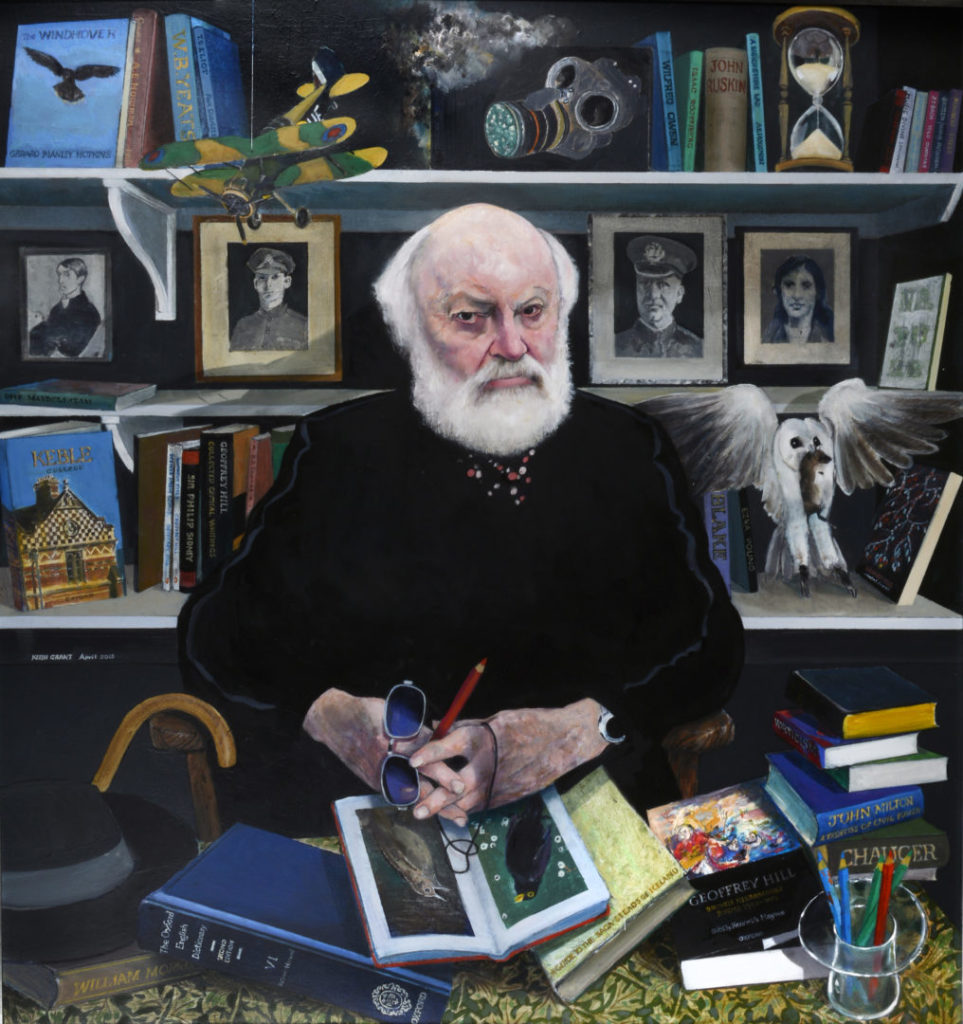 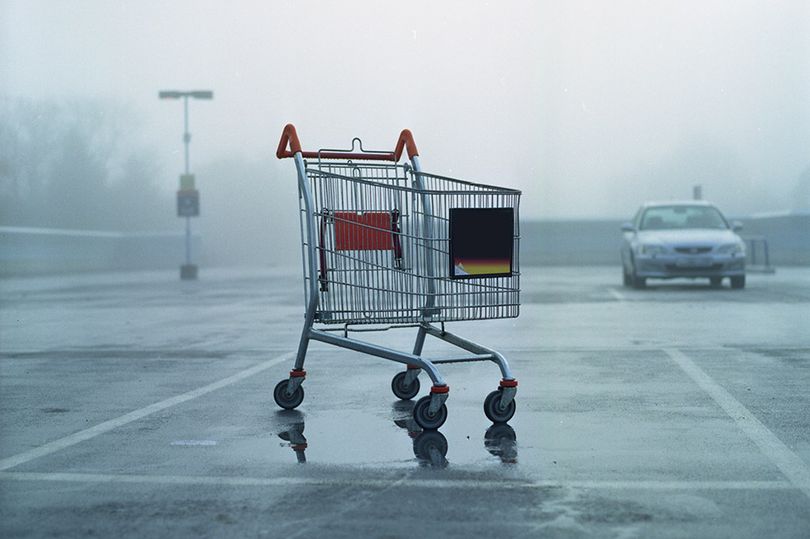 Through the Witch Window

From a Hotel Lobby

An Everyday Story of Hydrography

The Abstract and the Concrete

The Death of the Literary Patron 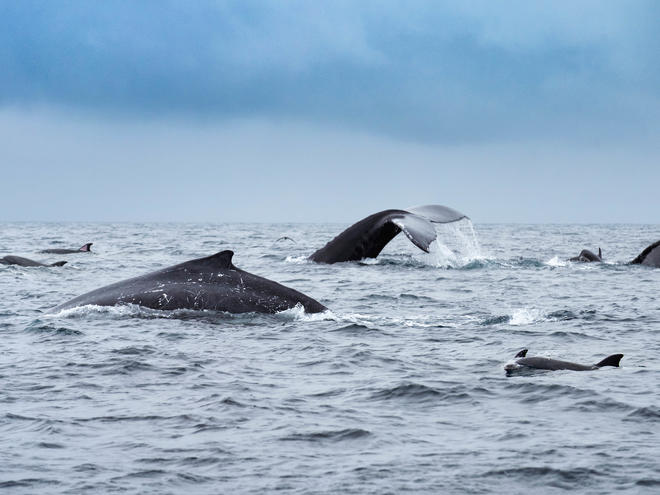 Hell is Other Irish People 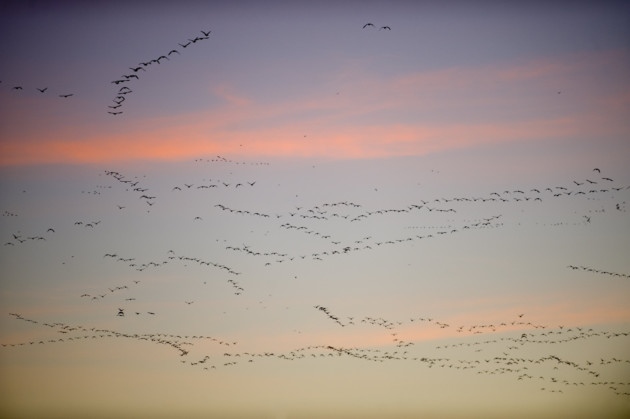 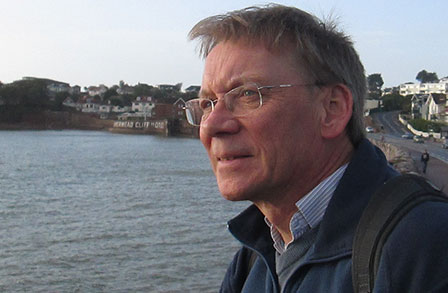 Pwyll and Rhiannon, from The Mabinogi 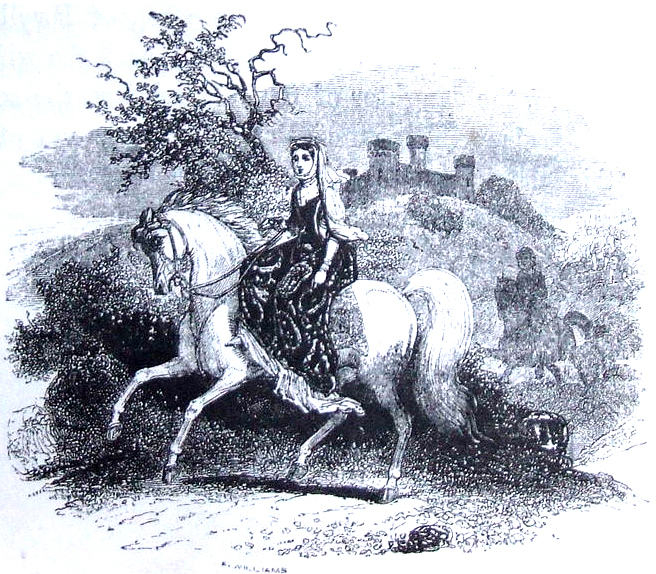 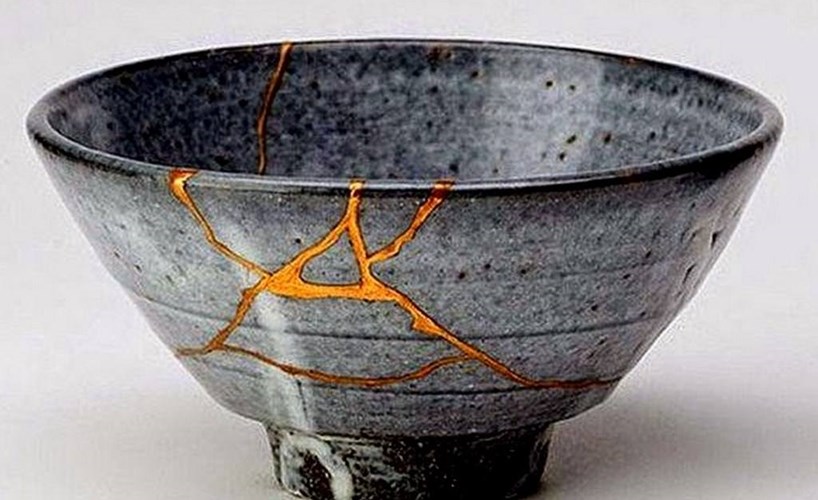